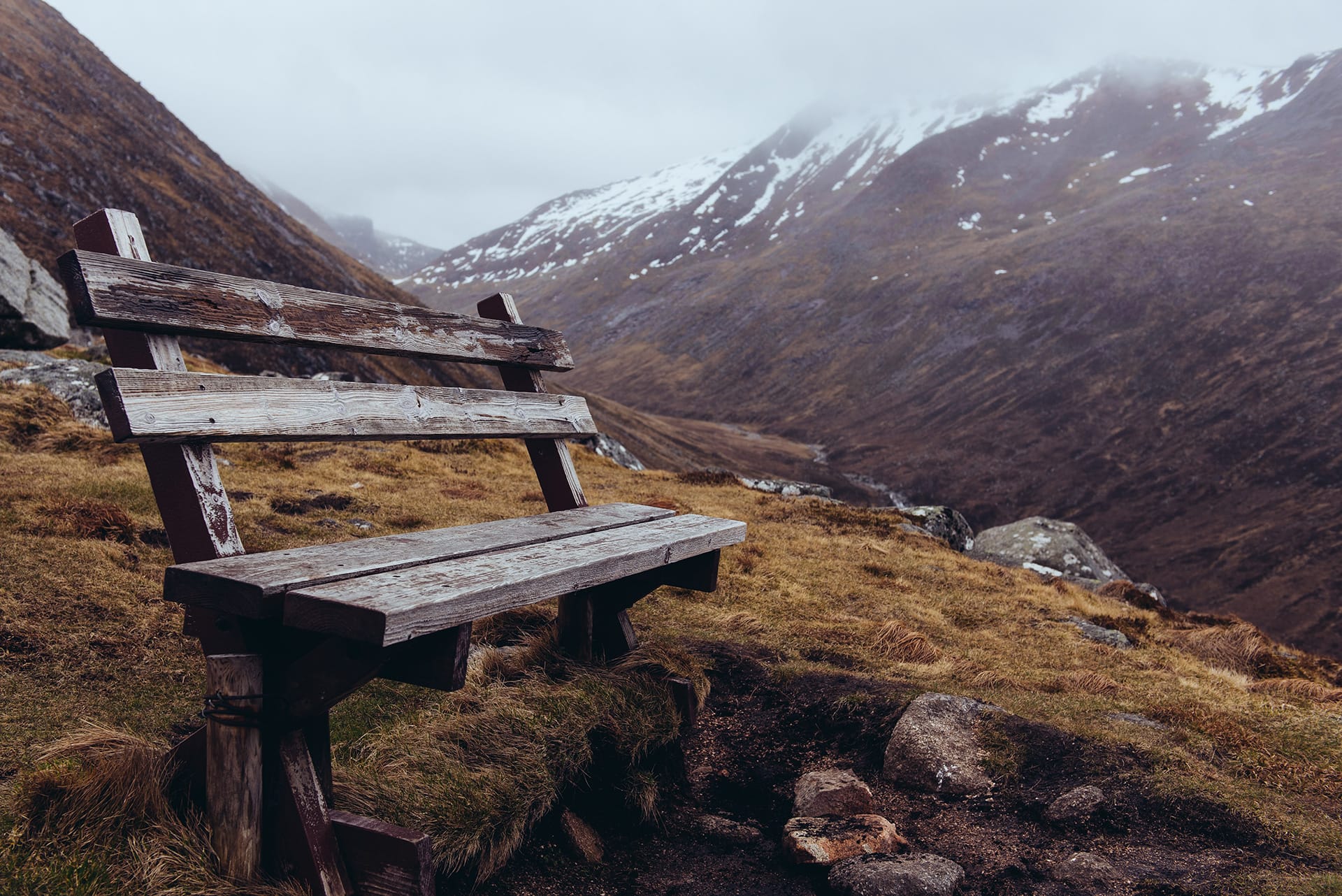 The highest mountain in Britain, at 4406 feet high. It is perfectly possible to walk to the top, but allow a day.

There are a lot of castles in Scotland ranging from ruins to wonderfully preserved working castles. The later type generally act as museums. ‘Eilean Donan Castle’ is a good one to visit because of its dramatic setting. Fort William has its own castle ‘Inverlochy Castle’. Sadly it is ruins now, but well preserved.

We at Kinchellie Croft always suggest that if you want to have a small walk that will give you a flavour of ‘walking Scotland’ go to Glen Nevis. It is near to Kinchellie and the walk alone only takes about 45 minutes each way. Walking in the shadow of Ben Nevis, Britain’s highest mountain, is a real treat.

There are so many distilleries in Scotland, the home of Scotch whisky; from Kinchellie it is possible to visit many in a single day. Fort William has its own – The Ben Nevis Distillery – that also has a visitor centre.

Glenfinnan was the point, at the head of Loch Shiel, where Bonnie Prince Charlie raised his standard in August 1745 to rally the clans to his support for the Jacobite rising. It is a very beautiful place, with the Prince’s statue on a high column against a backdrop of mountains and water. Turn around and you can see the famous Glenfinnan viaduct, built by Sir Robert MacAlpine at the end of the 19th Century, and the first building in the world to be built entirely of mass concrete. It is now famous for its appearance in the Harry Potter films. Here in Glenfinnan you can also visit the fascinating Glenfinnan Station Museum.

The most famous glen in Scotland, with the Glen Coe pass, cut out of solid rock. This is the scene of the massacre of the MacDonalds in 1692. Take your camera with you. The scenery is some of the best you will see anywhere in the world. Do get out of your car at the car park and feel the majesty of it all.

This 24 mile long 1-mile wide 900 feet deep loch is the home of the famous Loch Ness Monster.
Loch Ness is part of the great Glen that runs from Fort William to Inverness. It is good to see the many banks of locks that allow boats up to 200 feet to travel from one side of Scotland to the other. In the summer you can have a trip on the loch in serch for the monster.

The world famous ‘Urquhart Castle’ sits on Loch Ness. Sadly it was blown up in 1689. However the tower survived and can be seen from the road.

If you possible can, go on the steam train from Fort William to Mallaig. You will not be disappointed. The scenery is just spectacular. It leaves around 10.20am and gets back about 4.00pm. There is enough time to have lunch at Mallaig. You will travel over the famous Glenfinnan viaduct and for those interested in railway history, visit the Glenfinnan Station Museum. This trip is a Must for the camera.

At the head of the A680 Road to the Isles you will reach Mallaig which is a nice fishing port to visit. Fishing boats still come in to off-load their catch. If you would like to visit the Small Isles a large ferry travels from Mallaig most days.

Any cookies that may not be particularly necessary for the website to function and is used specifically to collect user personal data via analytics, ads, other embedded contents are termed as non-necessary cookies. It is mandatory to procure user consent prior to running these cookies on your website.